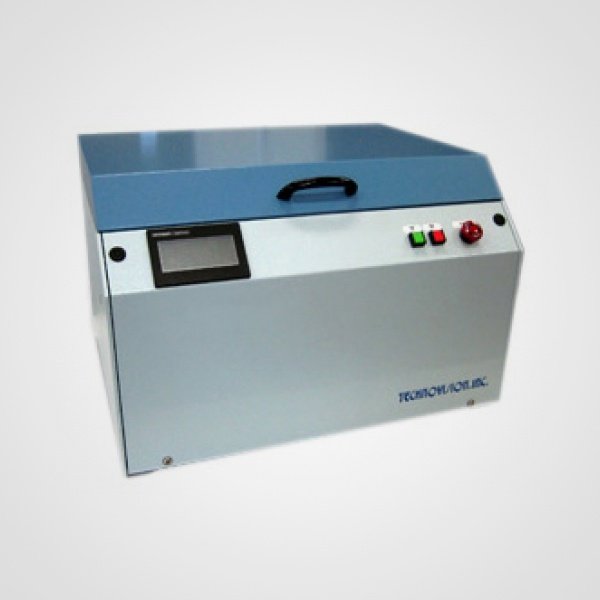 LED UV curing performance, rather surpassing that of conventional system with built-in High-pressure Hg lamp or Metal halide lamp, while the UV light intensity maybe regarded as less than that of the conventional systems. The model UVC-200 can process up to 200mm (8 inch) wafers using LED (Light Emitting Diode) UV Lights and is equipped with a nitrogen purge function. This system is also available for customized specifications, such as UV irradiated of top or bottom sides of your wafers. We can also design this system for modular applications to be inline with the other systems in your lab or cleanroom.

There are numerous LED benefits such as less damage to the workpiece by exposure at ambient temperature, very long lifetime, low power consumption and safety for replacing the light source because it does not get hot compared to mercury lamps. Equipped with high-output LED driver, we can achieve an exposure output of 250mW/cm2 (at 10mm work distance).